Through The Astral Cold - Extended Edition 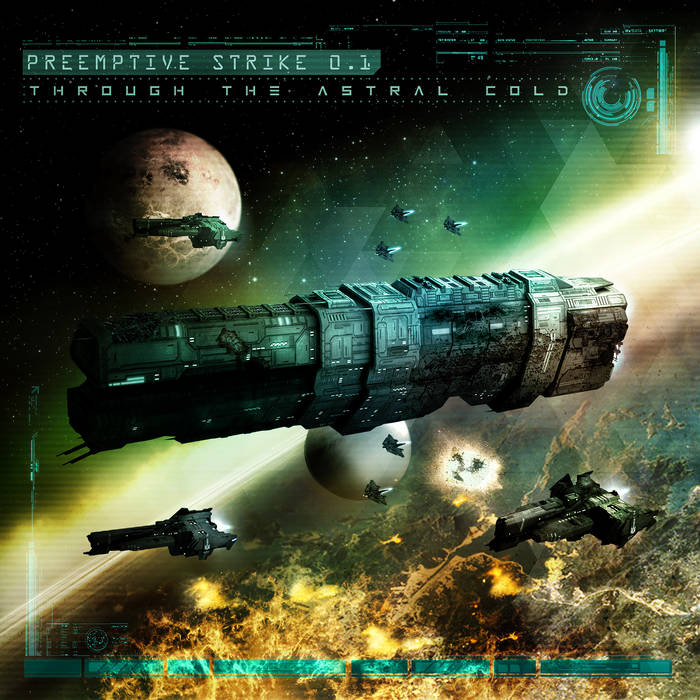 Where their previous release “Eternal Masters” consolidated their credentials as an industrial-metal act, with “Through The Astral Cold” PREEMPTIVE STRIKE 0.1 now turn their attention back to their dark electro roots to completely reinvent themselves – in what must surely represent their strongest studio album to date!

For this, their 6th full album, PREEMPTIVE STRIKE 0.1 step away from the themes of their last 2 albums “Epos V” and “T.A.L.O.S.” – which celebrated both Greek mythology and traditional Greek instrumentation – and revisit instead the same sci-fi tropes that characterized both their earlier 3 albums and “Eternal Masters”…over the top of some of the most stunningly powerful songwriting and programming they have ever produced. For all fans of harsh-EBM/dark electro, “Through The Astral Cold” is a landmark release that through the ages will surely come to stand as an absolute classic album of the genre - in addition to being regarded as perhaps the defining moment of the band themselves, capturing them at the pinnacle of their musical powers.

After 10 years and 5 albums on Germany’s Infacted Recordings, PREEMPTIVE STRIKE 0.1 mark their move to DWA with a relentless selection of rampaging club cuts destined to give DJs that most delicious of difficulties – which out of so many dancefloor-friendly songs to slip into one’s set. Hammering high-tempo hits like “More Than Flesh”, the bleak “Harbinger” or album opener “Killing Protocols” have a prime directive to move your body seemingly coded into them - while more mid-tempo songs such as “Pyrrhic Victory” and “Phantom” slow things down to provide the perfect accompaniment to your workout regime.

Historically-speaking, no PREEMPTIVE STRIKE 0.1 release would be complete without some kind of guest appearance – and this time it is the turn of Alfa-Matrix’s SCHWARZBLUT, who provide the orchestral elements of the song “Phantom”. Mixing and mastering of “Through The Astral Cold” was carried out as for previous PREEMPTIVE STRIKE 0.1 releases by legendary Greek dark electro scene engineer and producer Dimitris N. Douvras (CYGNOSIC, TECHNOLORGY, SIVA SIX).

Such a special release should of course come in similarly special packaging – and so it is that the first 200 CD copies of “Through The Astral Cold” come in the luxurious hardcover digibook format recently adopted by DWA...this one with integral 12-page lyric booklet bound in. Futuristic artwork from DWA’s lead designer Vlad McNeally perfectly complements the lyrical concepts.

BONUS! The digital version of “Through The Astral Cold” now comes in an Extended Edition - adding the 3 remixes of "More Than Flesh" by GRENDEL, SERAPHIM SYSTEM and CHAINREACTOR originally found on the soon to-be-deleted EP of the same name!